Denmarks biggest architectural firm, Arkitema Architect, is expanding their business to include Norway. Arkitema has used AutoPilot since 2008, and this fall we are going to implement it at the offices in Oslo. In this blog entry I got the chance to have a little chat about all the changes that are going on in their business.

Arkitema Architecs is no less than one of Scandinavia’s biggest architectural offices with 380 employees spread out between three countries. Their roots go all the way back to 1969, when the business was established in the center of Jutland’s ‘capital’, Århus.

In the beginning of 2015 Arkitema Architecs decided to expand their business to Norway, which now makes the company the biggest Danish architectural firm.

The business started out as a small group of five people, and today it has grown into a big company with a strong vision to be one of the best in Scandinavia. In 2011 they merged with a group of Swedish architects, and today they have offices in Denmark, Norway and Sweden.

Arkitema has enjoyed the benefits of AutoPilot since the fall of 2008, and as a part of the expansion they are going to implement the system at the Norwegian offices this year. I had the pleasure to talk to the head of communication, Eva Friis, about Arkitema’s future and their use of AutoPilot.

With a strong brand in both Denmark and Sweden, Arkitema decided to look for a new potential market to conquer, which is why they decided to expand with offices in Oslo. According to the management of Arkitema, expanding on several levels leads to a stronger position and becoming a bigger business makes you more secure and stabile in the long run.

Arkitema has decided to work with a business plan they call The Scandinavian Strategy. In Norway they have more or less the same idea of what defines beautiful and great architecture as we see it in Denmark. At the same time they have the changing seasons and a similar lifestyle. With a fundamental understanding of the Scandinavian way of living, Arkitema had a good foundation to expand to other Scandinavian countries. The social structures and equal core values indicates that it’s possible to reuse their experiences and expertise across boarders.

translates into a uniform practice.”

Arkitema has used AutoPilot over the last seven years, and during that period they have tested different working methods. Those that have worked the best, are the ones they are going to pass on to their Norwegian department. Additionally they use a great amount of time ensuring that their employees know the exact strategy and goals of the firm. As an example they have a certain presentation that is recurred in all three countries where the company’s set of values are clarified. At the same time they are going to have seminars and educational programs on how to use AutoPilot as a part of Arkitema.

Eva Friis tells, that prioritizing communication basically is the key to a united strategy across borders, because good communication translates into a uniform practice.

Sluseholmen – Landskab at the harbor in Copenhagen, designed by Arkitema.

An important tool to grow

AutoPilot is a very important tool in the everyday work at Arkitema’s offices. It’s efficient and creates a constant overview on the economy in all of their projects. When I talked to Eva Friis she told me, that she has had a meeting with 70 architects in the company earlier that morning. During this meeting she thought about how essential it is to have a system that keeps track of working hours, resources and most importantly economy. AutoPilot is not only a pleasant tool, it’s also a system of structure that has made it easier for Arkitema to grow. This realization and advantage is something they are going to transfer to Norway, Eva tells.

“If you are able to design great architecture that’s good,

but if you have no control of the economy,

The key to success

When Arkitema combines the benefits of AutoPilot with their ability to spot potentials on the market, that’s were you find the key to their success. Every detail of Arkitema is thought through and the strategy and structure is based on careful deliberation. Specializing in 5 segments means that they are experts in specific areas, which is one of the reasons they stand strong. Combining the sense of business with a creative brain gives you the ability to grow. As Eva Friis concluded; if you are able to design great architecture that’s good, but if you have no control on the economy, you’re lost.

We wish Arkitema the best of luck in the future, and we look forward to implement AutoPilot at the Norwegian offices very soon.

To get more information on Arkitema Architects check out their website www.arkitema.com. 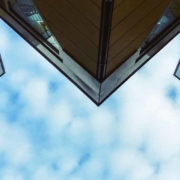 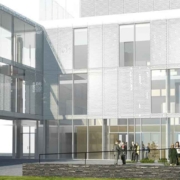 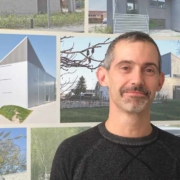 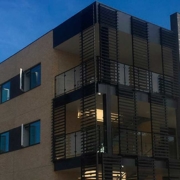 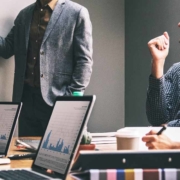 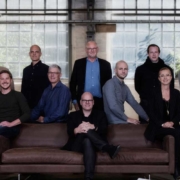 Åbent for tilmelding til AutoPilot Dage 2015