Does it pay to use AutoPilot?

Things are going well for the Danish architect industry. According to Dansk Brancheanalyse the industry is earning money as never before. In 2016, the industry had a profit that was 100 million Danish kroner higher than the profit of 2015.

Dansk Brancheanalyse has just published their 9th industry analysis of the financial performance of the architect industry. The analysis is based on 222 of the biggest Danish architect companies and is created based on published financial statements up until 15th February 2017. At AutoPilot ApS we are curious to know how architects who use AutoPilot perform in relation to the rest of the industry. We have therefore had a look at Dansk Brancheanalyse’s further analysis of their findings, where they, among other things, have calculated the following: 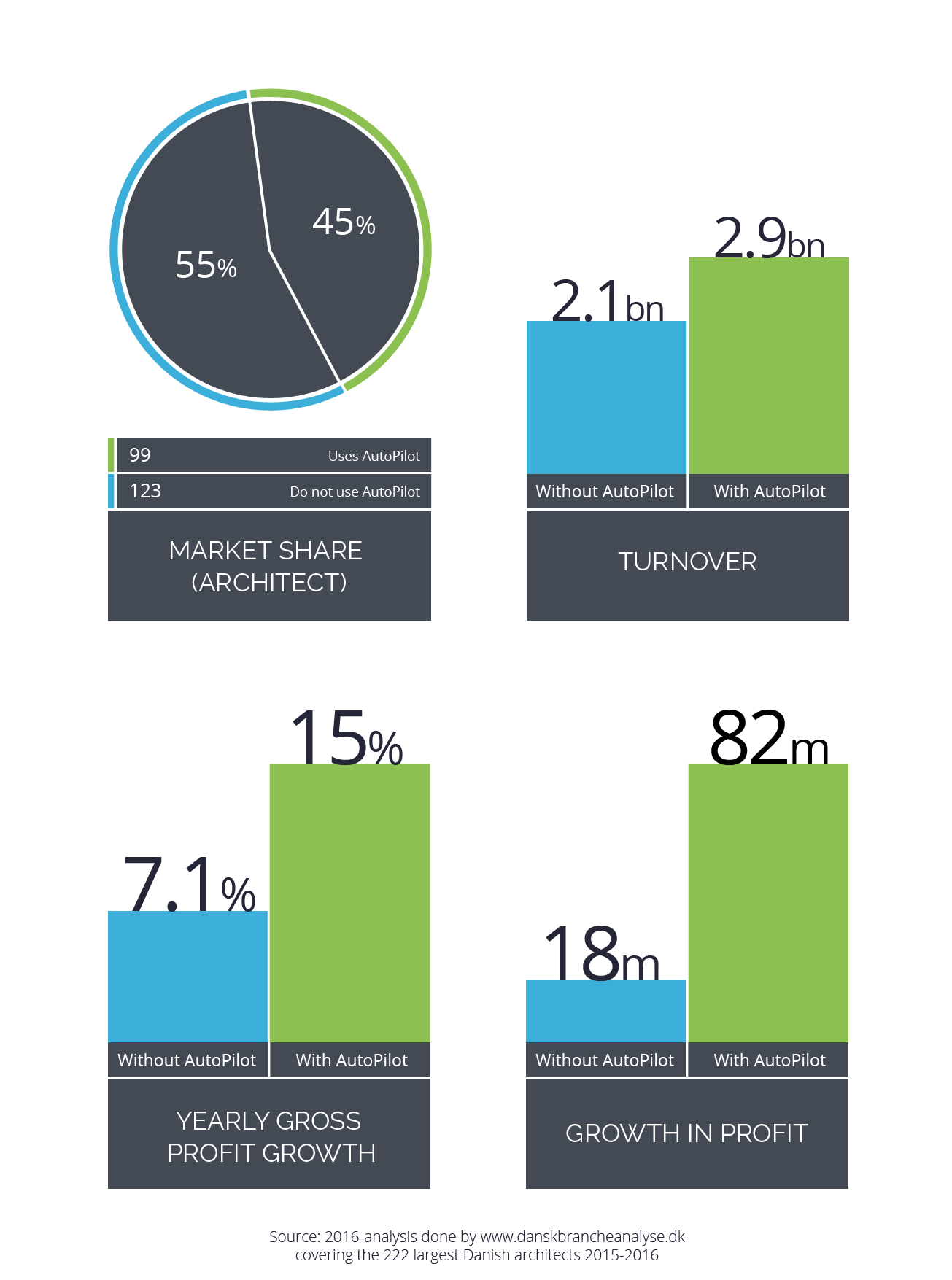 The architect industry’s profit increase of 100m DKK is a big and very good increase. 82% of these millions went into the pockets of companies that use AutoPilot. This is despite the AutoPilot companies ‘only’ make up 58% of the industry’s turnover.

Why are the AutoPilot companies in front?

At AutoPilot ApS we are pleased that our clients are at the front. It shows that our AutoPilot concept creates the perfect framework for a healthy business. We believe the following are crucial factors for the prosperity of the AutoPilot companies: 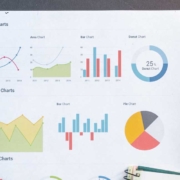 Unless noted, all prices are in DKK ex VAT.

Hand in your timesheet daily and you will get up-to-date financial informat...